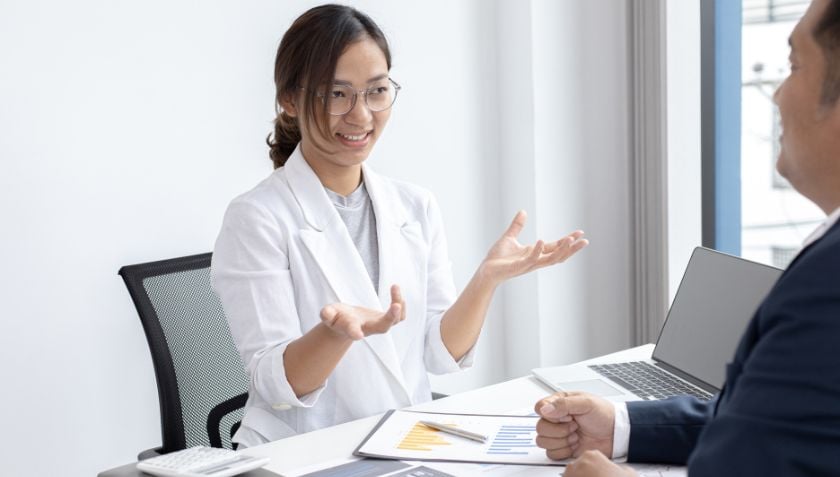 Q2. Explain how you define variables in Swift language?

Ans: Variables and constants must be declared before they are used. You announce constants with the let keyword and variables with the var keyword. Both variables and dictionaries are described using brackets. For example,

Ans: Swift program deploys the application in a Tomcat installation by default. The deploy script bundles the client code into JavaScript, gathers all the server side classes required and packages them into file Hello.war. This file together with a GWT jar and a Swift runtime jar is copied into the Tomcat installation. If CATALINA_HOME is not set, these files require to be copied manually.

Q4. Mention what are the features of Swift Programming?

Q5. Mention what is the difference between Swift and ‘Objective-C’ language?

Ans: Difference between ‘C’ and ‘Swift’ language is that

Q6. Mention what are the type of integers does Swift have?

Q7. Mention what is the Floating point numbers and what are the types of floating number in Swift?

Ans: Floating numbers are numbers with a fractional component, like 3.25169 and -238.21.  Floating point types can represent a wider range of values than integer types. There are two signed floating point number

Q8. Explain how multiple line comment can be written in swift?

Q9. What is de-initializer and how it is written in Swift?

Q10. Mention what are the collection types available in Swift?

Example for single type array is,

// Swift can infer [String] so we can also write it as:

Q11. List out what are the control transfer statements used in Swift?

Q12. Explain what is optional chaining?

Ans: Optional chaining is a process of querying and calling properties. Multiple queries can be chained together, and if any link in the chain is nil then, the entire chain fails.

Q13. How base-class is defined in Swift?

Ans: In Swift the classes are not inherited from the base class and the classes that you define without specifying its superclass, automatically becomes the base-class.

Q14. Explain what Lazy stored properties is and when it is useful?

Q15. Mention what is the characteristics of Switch in Swift?

Ans: The question mark ? is used during the declaration of a property, as it tells the compiler that this property is optional. The property may hold a value or not, in the latter case it's possible to avoid runtime errors when accessing that property by using ?. This is useful in optional chaining (see below) and a variant of this example is in conditional clauses.

Q17. What is the use of double question marks ?

Ans: To provide a default value for a variable.

Ans: Highly related to the previous keywords, the ! is used to tell the compiler that I know definitely, this variable/constant contains a value and please use it (i.e. please unwrap the optional). From question 1, the block that executes the if condition is true and calls a forced unwrapping of the optional's value. There is a method for avoiding forced unwrapping which we will cover below.

Q19. What is the difference between let and var in Swift?</div>

Ans: The let keyword is used to declare constants while var is used for declaring variables.

Here, we used the : string to explicitly declare that someVariable will hold a string. In practice, it's rarely necessary — especially if the variable is given an initial value — as Swift will infer the type for you. It is a compile-time error trying to use a variable declared as a constant through let and later modifying that variable.

Q20. What is type aliasing in Swift?

Ans: This borrows very much from C/C++. It allows you to alias a type, which can be useful in many particular contexts.

Q21. What is the difference between functions and methods in Swift?

Ans: Both are functions in the same terms any programmer usually knows of it. That is, self-contained blocks of code ideally set to perform a specific task. Functions are globally scoped while methods belong to a certain type.

Q22. What are optional binding and optional chaining in Swift?

Ans: Optional bindings or chaining come in handy with properties that have been declared as optional. Consider this example:

If you were to access the courses property through an exclamation mark (!) , you would end up with a runtime error because it has not been initialized yet. Optional chaining lets you safely unwrap this value by placing a question mark (?), instead, after the property, and is a way of querying properties and methods on an optional that might contain nil. This can be regarded as an alternative to forced unwrapping.

Optional binding is a term used when you assign temporary variables from optionals in the first clause of an if or while block. Consider the code block below when the property courses have yet not been initialized. Instead of returning a runtime error, the block will gracefully continue execution.

The code above will continue since we have not initialized the courses array yet. Simply adding:

Will then print out "Yep, courses we have."

A concrete example of this would be:

Q24. What is a deinitializer in Swift?

Ans: If you need to perform additional cleanup of your custom classes, it's possible to define a block called deinit. The syntax is the following:

deinit { //Your statements for cleanup here }

Typically, this type of block is used when you have opened files or external connections and want to close them before your class is deallocated.

Q25. How should one handle errors in Swift?

Ans: The method for handling errors in Swift differ a bit from Objective-C. In Swift, it's possible to declare that a function throws an error. It is, therefore, the caller's responsibility to handle the error or propagate it. This is similar to how Java handles the situation.

You simply declare that a function can throw an error by appending the throws keyword to the function name. Any function that calls such a method must call it from a try block.

Guard statements are a nice little control flow statement that can be seen as a great addition if you're into a defensive programming style (which you should!). It basically evaluates a boolean condition and proceeds with program execution if the evaluation is true. A guard statement always has an else clause, and it must exit the code block if it reaches there.

Q27. What’s the value of the len variable, and why?

Ans: The len variable is equal to 5, meaning that array1 has 5 elements, whereas array2 has 6 elements:

When array1 is assigned to array2, a copy of array1 is actually created and assigned.

Value types in swift are:

Where is the error and why? How can it be fixed?

Ans: Swift doesn’t define any implicit cast between data types, even if they are conceptually almost identical (like UInt and Int).

To fix the error, rather than casting, an explicit conversion is required. In the sample code, all expression operands must be converted to a common same type, which in this case is Double:

Q29. The String struct doesn’t provide a count or length property or method to count the number of characters it contains. Instead a global countElements<T>() function is available. When applied to strings, what’s the complexity of the countElements function:

Ans: Swift strings support extended grapheme clusters. Each character stored in a string is a sequence of one or more unicode scalars that, when combined, produce a single human readable character. Since different characters can require different amounts of memory, and considering that an extreme grapheme cluster must be accessed sequentially in order to determine which character it represents, it’s not possible to know the number of characters contained in a string upfront, without traversing the entire string. For that reason, the complexity of the countElements function is O(n).

Q30. In Swift enumerations, what’s the difference between raw values and associated values?

Ans: Raw values are used to associate constant (literal) values to enum cases. The value type is part of the enum type, and each enum case must specify a unique raw value (duplicate values are not allowed).

The following example shows an enum with raw values of type Int:

An enum value can be converted to its raw value by using the rawValue property:

A raw value can be converted to an enum instance by using a dedicated initializer:

Explain why a compile time error occurs. How can you fix it?

Ans: Structures are value types. By default, the properties of a value type cannot be modified from within its instance methods.

However, you can optionally allow such modification to occur by declaring the instance methods as ‘mutating’; e.g.:

Ans: We can convert the SwiftArray to a MutableArray by using the following code.

Q34.How to convert an array of characters into string in Swift without using any separator?

Q35. How to convert an array of Strings into a string in Swift without using any separator?

Q36. How to convert an array of Strings into a string in Swift using space as separator?

Q37.How to convert an array of Strings into a string in Swift using separator?

Q38. How to convert Swift String into an Array?